AAll our preschools have all-weather indoor play areas, an art studio or an atelier, technology corners and much else; and most have outdoor play spaces and even swimming pools for the younger ones.Our programs ensure that children in our care everywhere have access to the highest quality of international. This game simply requires some water balloons. Pick partners and toss the water balloons to each other.

What's the best way to beat the boredom and distract your kids from the lure of video games? Play some water games, of course! And no, you don't even need a pool to beat the heat. Just head out into your backyard and get busy having fun. Even the bigger kids will love getting in on the action with these wet 'n wild games. If your kids are saying, "I'm bored," faster than you can keep up this summer, check out these fun water games for every age 7-19.

The meaning of Myanmar Flag

The current flag of Myanmar (also known as Burma) was adopted on 21 October 2010 to replace the former flag in use since 1974. The new Myanmar National flag is a horizontal tricolor flag of yellow, green, and red charged with a five-pointed white star in the middle of the field. The yellow represents solidarity; the green symbolizes peace, tranquility and lush greenery; the red represents courage and determination; and the white star stands for the significance of the union of the country. 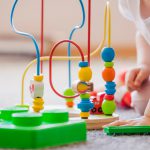